MARGUERITE ASHFORD RECORDED IN AND AROUND NEWCASTLE N.S.W. AND HAD A COUPLE OF RECORDS OUT IN HER DAY.

ONE OF HER FIRST BANDS WAS CALLED "DON'T TALK DANCE" AND CONSISTED OF MARGUERITE (ON VOCALS), RHYS PALMER, BRETT CARSON AND LAWRENCE SCHUBERT.

SHE LATER WORKED WITH THE "KOOKABROTHERS" BAND WHICH HAD NUMEROUS LINE-UPS AND MEMBERS - MARGUERITE (ON VOCALS), RHYS PALMER, BRETT CARSON , PETER TEAGUE, KEVIN O'HARA AND LARRY SHONE. OTHER VERSIONS OF THIS BAND DID NOT INCLUDE MARGUERITE WHEN SHE WENT SOLO.

HER BIGGEST SELLER WAS IN THE 1980S WITH THE POWER POP BALLAD "WALKING ON WATER".

THIS IS ANOTHER SINGLE THAT HAS NOT MADE IT TO C. D. BUT SHOULD HAVE BY NOW... 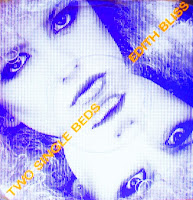 EDITH BLISS HAD A COUPLE OF 1980S CHART HITS WHILE SHE WAS A WORKING REPORTER ON "WONDER WORLD" A CHILDREN'S T. V. SHOW.

THE FIRST HIT WAS "IF IT'S LOVE YOU WANT" AND THE SECOND WAS "TWO SINGLE BEDS". THE THIRD SINGLE "HEART OF STONE" SANK WITHOUT A TRACE.

I THINK THE 3RD SINGLE STALLED BECAUSE IT HAD A SECTION WHICH SOUNDED LIKE THE OLD SCOUT SONG "GINGANGOOLY". TO CORRECT THIS I HAVE EDITED MY OWN VERSION OF THE 3RD SINGLE INCLUDED BELOW.

NONE OF EDITH'S WORK IS ON COMMERCIAL C. D.

HERE ARE THE 3 SINGLES: 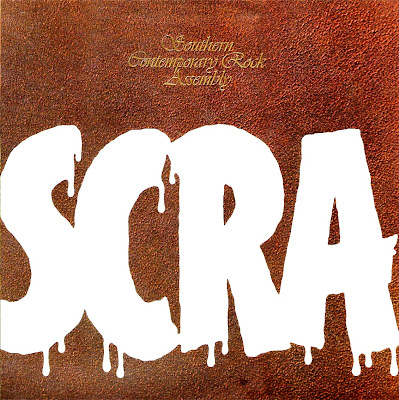 On this music blog are some other works by S.C.R.A. please use search facility top left of page to locate them...

SCRA was a very large ensemble with up to 11 band members when performing live. They kicked off their chart run with a single called "CC Rider" in 1971.

The Southern Contemporary Rock Assembly had the following hits:

Here for download is their first single "CC Rider":

SYDNEY POP OUTFIT THE AUTUMN HAD A LOVELY, BRIGHT AND HAPPY, VERSION OF "LOOKING THRU THE EYES OF A BEAUTIFUL GIRL" AND SO FAR IT HAS ONLY APPEARED ONCE ON C.D. IN 2009.

THE ORIGINAL 7" VINYL SINGLE WAS RELEASED ON CHART RECORDS WHICH WAS A SUBSIDIARY OF FESTIVAL. IT GOT TO #13 NATIONALLY IN 1971.

IN MELBOURNE AND OTHER STATES A BIG BAND VERSION OF THE SONG WAS GIVEN CHART ACTION BY THE POP GROUP THE STRANGERS. THEIR VERSION HAS APPEARED ON A CANETOAD "BEST OF THE STRANGERS" C.D.

The Autumn's mono single version of "Looking Thru The Eyes" was on a compilation C.D. called "On the Prowl-Australian Pop of the 70's" - Vol 2 - Various (Sony). 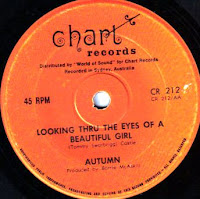 AT THE END OF THIS BLOG IS A VERSION OF "SONG TO RAYMONDO" WHICH ONLY APPEARED ON THE 7" SINGLE. THE SINGLE VERSION OF THIS SONG IS MUCH SLICKER AND BETTER PRODUCED THAN THE VERSION WHICH WAS PUT ON THE ACCOMPANYING ALBUM.

ELSEWHERE ON THIS SITE IS AUTUMN'S OTHER WORK DONE WITH DAVE ALLENBY. THE SONG "SHE WORKS IN A WOAMN'S WAY" WAS A MASSIVE HIT IN SYDNEY.

BELOW IS THE EXTENDED TOM MIX VERSION OF "LOOKING THRU THE EYES OF A BEAUTIFUL GIRL" LOVINGLY CONVERTED AND REMIXED FROM VINYL: 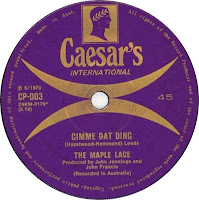 The very short lived Caesar's International record label was established during 1970 by the proprietors of the Caesar's discotheque in Sydney.

The third Caesar's International 7" single was the Maple Lace cover version of the novelty song "Gimme Dat Ding", which was co-produced by John Jennings and John J. Francis (who sang the hit Play Mama Play). "Gimme Dat Ding" reached #6 in NSW and was a major hit that was played continuously on Radio 2-LM Lismore. My brother Geoff who was only 8 years old at the time bought this record and has subsequently passed it onto me for my collection.

In other states "Gimme Dat Ding" was beaten by the rival version recorded by Frankie Davidson on Fable records. The original Pipkin's version didn't do much business in Australia.

According to Noel McGrath, the management of Caesar's Disco drafted in their house band, The R. J. Taylor Band, who recorded the song live, direct to a mono tape recorder (hence the poor quality of the recording). John A. Bird played piano on the single, which featured vocals by Gerry Anderson and George Blanche.

In early 1971 Caesar's Disco was destroyed by a fire. This probably explains why the song masters have never surfaced.

Here is the link to "Gimme Dat Ding": 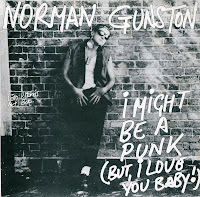 DURING THE MID 1970S NORMAN GUNSTON (REAL NAME GARRY MCDONALD) APPEARED ON THE A-B-C TV SHOW "AUNTY JACK" AND FROM THIS HUMBLE BEGINNING HE ROSE TO FAME. NORMAN'S RECORDS WERE VERY POPULAR ESPECIALLY IN HIS HOMETOWN OF WOLLONGONG.

"SALUTE TO ABBA" WAS A NATIONAL HIT. IT WAS RECORDED ON THE LOW BUDGET LAMMINGTON LABEL. NORMAN WAS NOT PROMOTED PROPERLY OR WITH REVERENCE AND THE LABEL ISSUED "SALUTE TO ABBA" AND ITS FLIP-SIDE "HORS D'OEUVRE" AS A DOUBLE "B" SIDED SINGLE. WHAT AN INJUSTICE!

LATER ON NORMAN HAD HITS WITH "KISS ARMY" AND "I MIGHT BE A PUNK". BY THE TIME HE HAD "PUNKED" HIS WAY BACK INTO THE TOP 40, NORMAN WAS PRODUCED BY ROSS WILSON AND BACKED BY A LEGITIMATE RECORD DEAL. 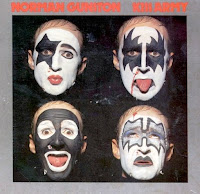 WITH THE RIGHT MANAGEMENT AND BETTER PROMOTION AT THE START OF HIS CAREER, NORMAN MAY HAVE HAD BETTER FORTUNE. I GUESS WE'LL NEVER KNOW NOW.

ONE OF NORMAN'S 7" SINGLE FLIP-SIDES WAS CALLED "NORMDRUM". IT WAS A SPOOF OF AN EPISODE OF "COUNTDOWN" [ANOTHER A-B-C TV SHOW] WHICH AT THAT TIME WAS HOSTED BY IAN "MOLLY" MELDRUM.

IF YOU ARE LUCKY ENOUGH TO HAVE A COPY OF "NORMDRUM" YOU CAN HEAR THE POTENTIAL NORMAN HAD FOR COMEDY, BUT SINCE IT WAS RELEGATED TO A FLIP-SIDE, IT HARDLY GOT AIRPLAY AND IT WAS ONCE AGAIN POORLY PROMOTED. I PRESUME "MOLLY" MELDRUM MAY HAVE BEEN RESPONSIBLE FOR ITS DEMISE OR MAYBE GLENN A. BAKER, BOTH OF WHOM WERE KNOWN TO BE JEALOUS OF NORMAN'S SUCCESS. I GUESS WE'LL NEVER KNOW NOW?

ENJOY HIS OLD HITS BELOW:

For the joined non-stop version of NORMDRUM and KISS ARMY here is the download:
http://www.megaupload.com/?d=CRQFCZS9
Posted by TOM MIX MUSIC at 4:28 PM No comments: 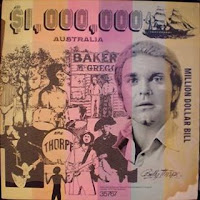 Billy Thorpe has just about had every song he's done put on CD at this stage but here is an obscure live version of a song done at the Sydney Hordern Pavilion in 1974.

It is from a mono tape master so it's not done in top notch fidelity but please enjoy this little oddity. 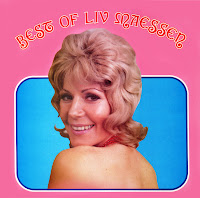 The "voice" (Liv Maessen) and the "teeth" (Jimmy Hannan), had a go at a duet in the early 1970s. It sank without a ripple..."Love Is For The Two Of Us" has been put on CD once a long while back but the CD was off the market very quickly as it was on some budget label. Below is a link to the that ye olde duet.

Liv's first attempt at cracking the top 40 was with "Love Moth"...a really odd choice of title for a top 40 song - as nothing conveys love like the word moth...

The 7" "Love Moth" single was in mono. The stereo album version has been released on CD over and over on budget compilations but never the single mix. 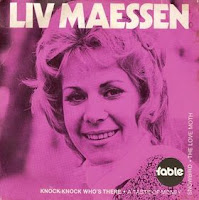 I hope you enjoy these 3 mixes as they are pretty rare versions of Liv classics.

The last link is to the Fable Music "Best Of" album Liv made during 1972 which contained some of her other hits, including the stereo version of "Snowbird". The link is to a company I rarely use and I apologize in advance if the link has been discontinued. 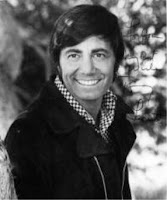 Leonetti married American actress Cindy Robbins and was stepfather to her daughter Kimberly Beck. They lived in Sydney in the 1960s and 1970s before returning to live America. In Australia, his most famous song was "My City of Sydney" (written by Leonetti & Robert Troup) and was used by TV channel 7 for station identification into the 1980s.

His made-in-Australia hit was the 1968 smash “Let’s Take a Walk” with his step-daughter Kim. It was written by Tommy and Bobby Russell. It was a big hit in some states and charted well in foreign lands but I don’t think it did well in his homeland. Here in Oz, according to a Kimberly Beck fan site, she claims it was “number 1 for 26 weeks”.

Below is a link to the extended version: 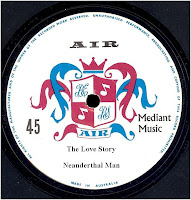 Buddy England was the driving force behind a few studio groups that released singles on Air Records 1970-1971. This was during the era of the radio ban which saw many home grown artists do covers of big overseas songs.

Buddy was also responsible for the formation of this small independent Australian record label and his initials are on the top left corner of the logo. On the bottom right corner are the initials P. S. who must have been a co-owner or producer along with Buddy. Someone may be able to let me know about this?

Tadpole was Buddy and Ian.

Love Story was an all-star trio comprising Buddy and Ian on guitars and vocals, with Richard Wright (ex The Groop) on drums.

Love Story's version of Neanderthal Man co-charted with versions recorded by Idle Race (from the UK) and Hotlegs (later known as 10cc from the UK), peaking at #15 and charting for 12 weeks.

Tadpole charted well in mostly Victoria but some people who lived up in northern N.S.W. (like myself) also enjoyed this one on the radio. Where I lived in the early 1970s I was closer to Brisbane than Sydney, so we had a large repertoire of music to enjoy from off the airwaves.


Below are links to extended versions of both songs: 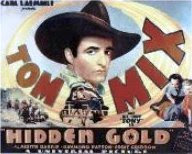 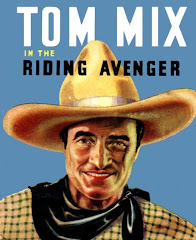 THIS MUSIC BLOG WAS CREATED TO PROMOTE AUSTRALIAN MUSIC WHICH HAS BEEN IGNORED BY THE BIG MUSIC COMPANIES.

ANY SONG I HAVE INCLUDED FOR SAMPLING IS A CONVERTED VINYL MIX OR A NON-COMMERCIAL REMIX I'VE BEEN ABLE TO CREATE IN MY STUDIOS.

IF YOU LIKE WHAT YOU HEAR, PLEASE ASK THE MAJOR COMPANIES TO RELEASE IT ON COMPACT DISC?

MOST OF THESE SONGS ARE LANGUISHING IN A BACK CATALOG AND HAVE NOT SEEN THE LIGHT OF DAY SINCE THE YEAR THEY WERE RELEASED.

IF YOU ARE THE COPYRIGHT OWNER OF A WORK AND WISH TO HAVE YOUR WORK REMOVED PLEASE LEAVE A MESSAGE IN THE COMMENT SECTION.

FOR THOSE WHO VISIT THIS SITE I HOPE YOU ENJOY THE SAMPLES.

N.B. In accordance with Title 17 USC Section 107, any copyrighted work on this site is distributed under fair use without profit or payment to those who have expressed a prior interest in receiving the included information for non-profit research and educational or criticism purposes only, and is NOT an infringement of copyright (http://www.law.cornell.edu /uscode/17/107shtml).

These songs are for evaluation purposes only, please delete them from your computer system after 24 hours.

If you like the songs please support the Aussie Artists and buy their current material.